Enter your travel dates and search thousands of Bangkok properties

Bangkok, Thailand’s capital, is a large city known for ornate shrines and vibrant street life. The boat-filled Chao Phraya River feeds its network of canals, flowing past the Rattanakosin royal district, home to opulent Grand Palace and its sacred Wat Phra Kaew Temple. Nearby is Wat Pho Temple with an enormous reclining Buddha and, on the opposite shore, Wat Arun Temple with its steep steps and Khmer-style spire.

Traditional teak buildings like the grand Vimanmek Palace and the residence-turned-museum Jim Thompson House contrast with the city’s skyline of modern high-rises. Shopping options range from the upscale mega-malls of the Ratchaprasong district to the thousands of tiny stalls at overflowing Chatuchak Weekend Market. The city’s renowned food scene spans traditional street-cart snacks – spicy, sour, sweet and salty – to upscale international restaurants. Bangkok is also known for its exuberant nightlife, with venues ranging from swanky rooftop lounges to basic backpacker bars and nightclubs of the notorious Patpong district. 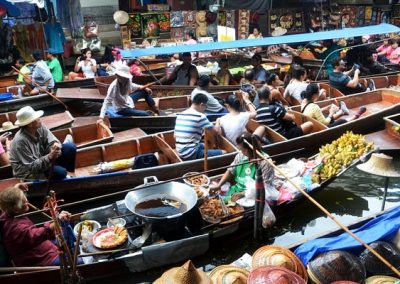 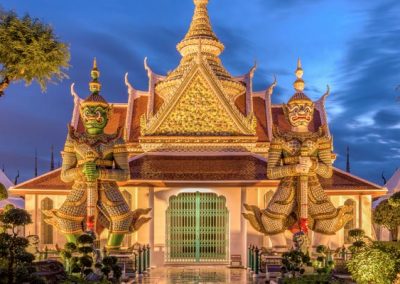 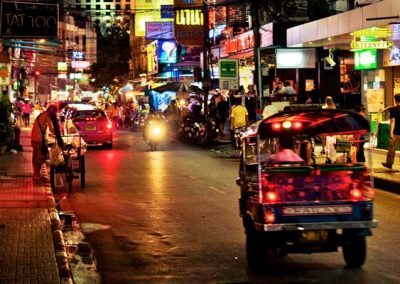 Why Book with us?

We find the best travel deals from hundreds of travel providers and you choose the one you prefer.

We work with many travel providers so you can have a huge choice of destinations, promotions and discounts.

We only include prices from trusted and proven travel providers in our search engine.

Search and compare prices from hundreds of travel providers with one easy search.

There are no extra charges or hidden fees. The price you see is exactly what you pay.